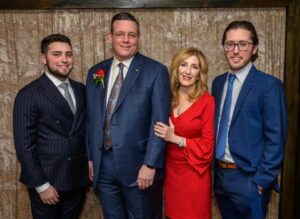 Even if you don’t live in Greater Philadelphia, you may be familiar with Jeffrey Brown, a fourth-generation grocer who is chairman and CEO of Brown’s Super Stores. About half of the 12 ShopRite and Fresh Grocer stores Jeff operates are located in “food deserts” — urban areas where residents lack access to stores selling fresh food.

You may recall Jeff from President Barack Obama’s 2010 State of the Union address, when the grocer was among Michelle Obama’s guests. Jeff was an adviser to the Healthy Food Financing Initiative, part of the first lady’s “Let’s Move!” campaign aimed at ending childhood obesity.