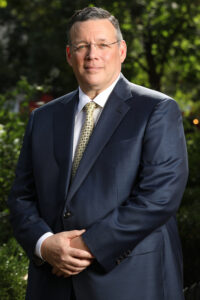 Jeff Brown, a fourth generation grocer, has made a national name for himself through his efforts to bring community-centered grocery stores to food deserts. Brown was even recognized by President Barack Obama at the 2010 State of the Union Address, where he attended as a guest of the First Lady. With more than 30 years in the business, Brown credits his company’s longevity and success to listening to his customers and stocking his shelves with products from the community, for the community. From South Philadelphia’s 10-year old lemonade magnate Micah Harrigan to a Philly-Chinese fusion called the Better Box, local entrepreneurs have found both a marketing partner and a cheerleader for their small businesses. And it’s Brown’s support of local Black-owned business owners and underserved communities that has caught the attention and adoration of many community leaders.

Unlike Brown’s supermarket shelves, which require regular restocking, Philadelphia’s political rumor mill never runs out of material. With an open mayoral seat in 2023, Brown, who resides in Center City, is frequently mentioned as a potential candidate to mount a run for the office. Frustration abounds in Philadelphia. Business leaders see a bureaucracy mired in red tape and high taxes, making it difficult to grow. Community leaders are fighting to reduce poverty and violence plaguing many neighborhoods. Brown could prove to be one of the few candidates that could garner major support from both groups. He would come to the table with the rare combination of progressive bona fides and a businessman’s mindset for growth. And he has decades of experience marketing his product to Philadelphia residents. If his supporters get their way, they’ll get the opportunity to market Jeff Brown – the man himself – to Philadelphia voters.